0shares
Lincoln finished up Kindergarten on June 10th…which is completely mind-boggling to me. Wasn’t I just announcing my pregnancy with him yesterday? I cannot even begin to tell you how proud I am of my sweet boy. He has accomplished so much this year. 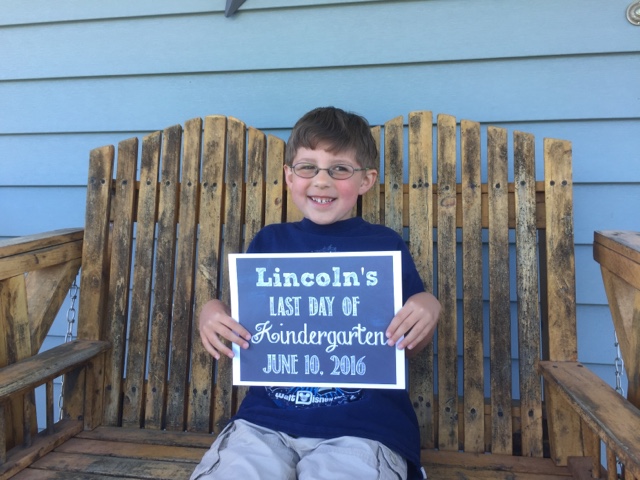 And oh my goodness has he grown! Any ounce of babyness he had is GONE! He is such a big kid! Lucky for me he’s still such a Momma’s Boy and loves to cuddle with me. He says he’ll cuddle me forever. I told him I will remind him of that someday. 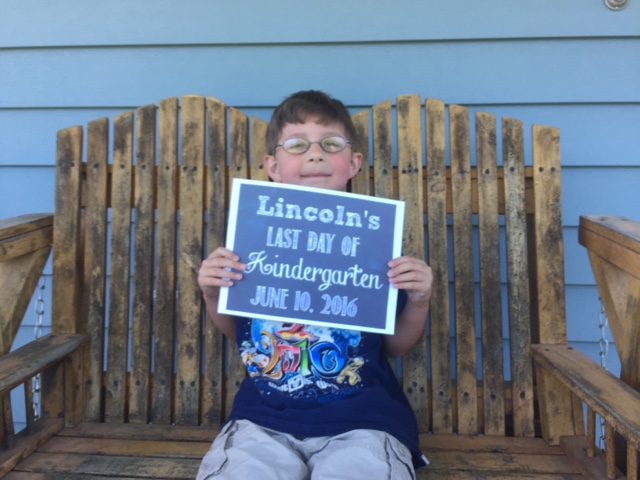 One of my favorite things about Lincoln is his level of confidence. At just 6 years old, he is SO confident in himself. It makes me incredibly proud. I hope his confidence stays with him throughout his life. 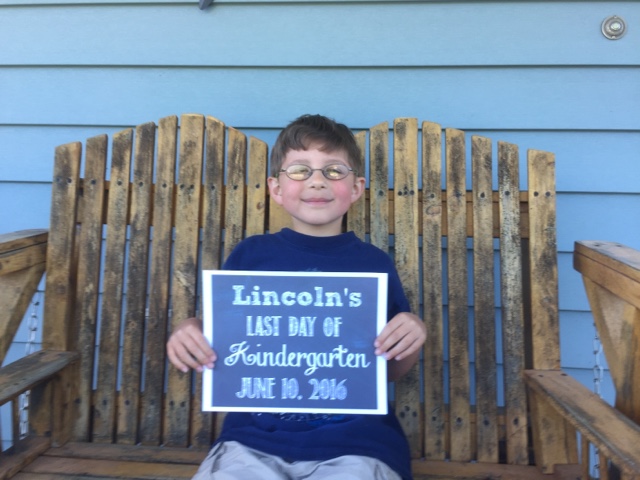 We decided to have an end of the year celebration when Lincoln came home from school. It was a complete surprise to him, and a great way to end the school year. He’s been bugging me to make him one of those ‘play-doh surprise eggs,’ ever since he saw them on YouTube around Easter time. I figured what better time to surprise him with one! 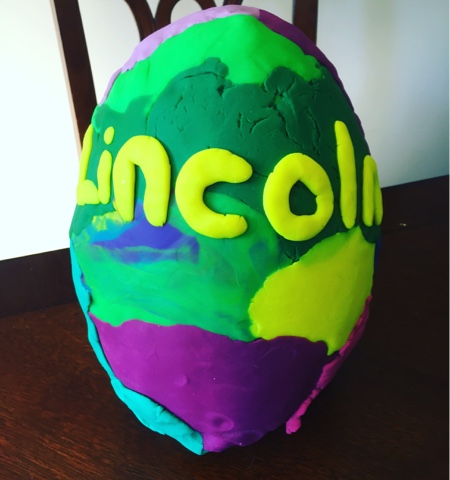 I actually bought the huge plastic egg on clearance at Target after Easter — I’ve had this idea planned for awhile! We filled it up with a bunch of small fun items from Target’s dollar spot, a few books for his summer reading, and a Wii U game he’s been asking for. 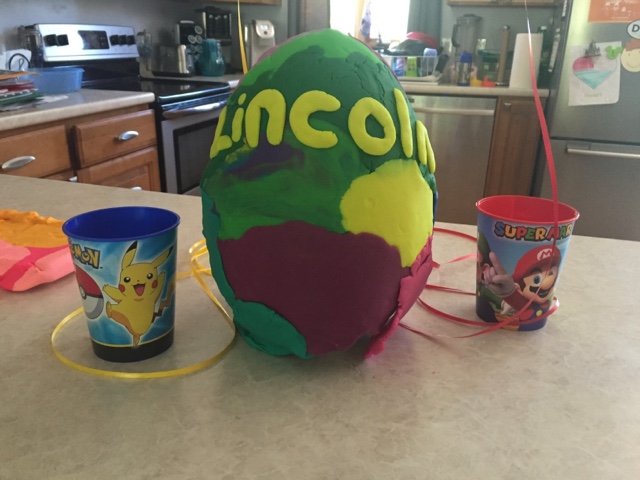 We picked up some balloons in the morning, and set everything out for when he came home from school. Of course I got it on video. It’s a little over 2 minutes long, but it’s fun to watch 🙂
He’s so cute! Lincoln also had a few surprises of his own for me! He received the ‘Mathematician Award’ at school!! 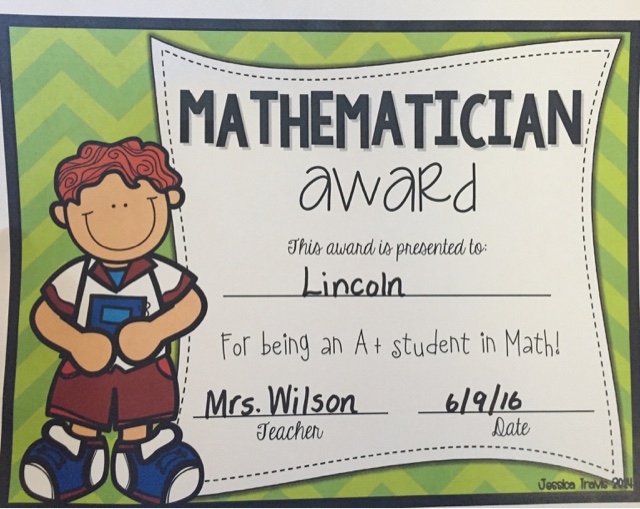 He is such a wiz in math! He actually had the highest average in his class! So so proud!! He also came home with this drawing which I absolutely adore. On the left is a photo he drew of himself on his first day of school, and on the right is one he drew just a few weeks  ago. You can really see how much he’s developed this year! So many more details in the second picture!! 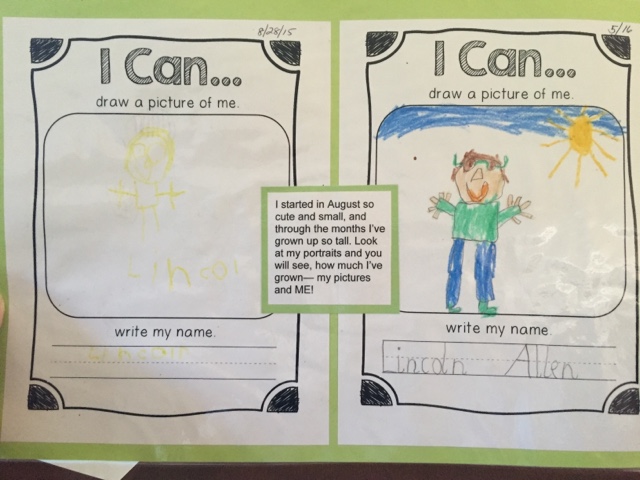 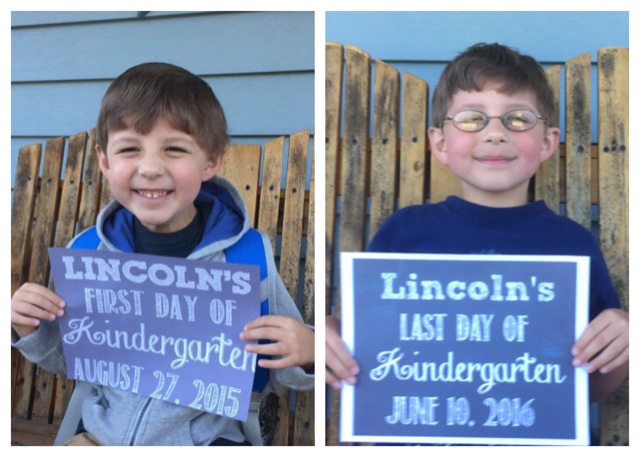 WOW!!! What a difference 9 months makes!! Where did that baby face go?! He is SO excited to be a First Grader in the fall!! I am so incredibly proud of my sweet boy!!
Previous Post: « Celebrate Christmas All Summer at Santa’s Village!
Next Post: Wordless Wednesday: #AveryandBelle »